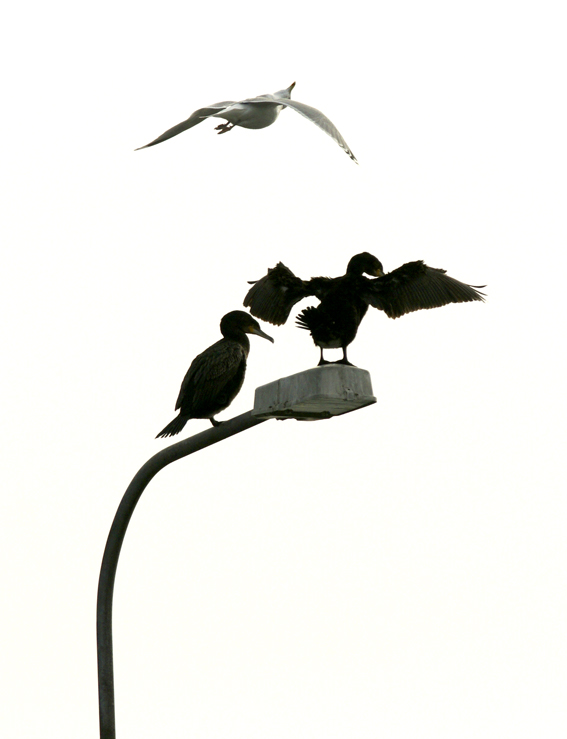 It was morning, and the new sun sparkled gold across the ripples of a gentle sea.

A mile from shore a fishing boat chummed the  water

and  the word for Breakfast Flock flashed through  the  air,

till a crowd of a thousand seagulls came to dodge and fight for bits of food.

It was another busy day beginning.

But way off alone, out by himself beyond boat and shore,

A hundred feet in the sky he lowered his webbed feet, lifted his beak,

and strained to hold a painful hard twisting curve through his wings.

The curve meant that he would fly slowly,

and now he slowed until the wind was a whisper in his face,

until the ocean stood still beneath him.

He narrowed his eyes in fierce concentration,

Then his feathers ruffled, he stalled and fell.

To stall in the air is for them disgrace and it is dishonor.

stretching his wings again in that trembling hard curve

- slowing, slowing, and stalling once more -

was no ordinary bird.

- how to get from shore to food and back again.

For most gulls, it is not flying that matters, but eating.

For this gull, though, it was not eating that mattered, but  flight.

More than anything else. Jonathan Livingston Seagull loved to fly.

This kind of thinking, he found,

is not the way to make one's self popular with other birds.

Even his parents were dismayed as Jonathan spent whole days alone,